Another one from the archives.. January 2009 to keep you company while I unpack boxes in the new place. Enjoy!

Presenting Millicent Souris, one of the lesser-known but best chefs I know. She is a bad-ass in the BEST way: She loves what she does, is really fucking good at it, loves feeding people, and Led Zeppelin runs through her veins. In short, if I was a lesbian, we would be married. 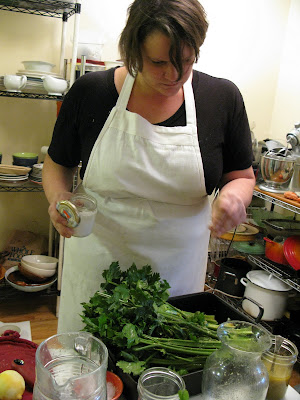 Millicent and I met at the Queen's Hideaway (R.I.P.) in its early, heady days. I eventually wound up working there, where I observed her supreme pastry skills, her bordering-on-German work ethic, (I'm allowed to say that -- I grew up with that shit!), her excellent eye for detail, creativity, sublime album collection, and general fabulousness.

Despite her genius, she didn't manage to get much press, but we all know what she contributed, and it was a fucking LOT.

Fast forward to today. Millicent works in the kitchen at Egg, and has saved my small catering business' ass many times in the last year. Naturally, I always want to cook with her.

Last January, in the brutal cold, she was good enough to guest chef a Sunday Night Dinner. We had just acquired a deer shot by our friend John "The Hunter" McCormack (also "The Sound Mixer.") New Jersey has a deer population problem, and John has a bow and arrow habit. He hauls the deer out to Tom, who dresses and butchers the deer (grass fed and humanely killed, kids!) and seals the cuts in shrink-wrapped, neatly-labeled packages. The perfect combination for a venison dinner!

Many years ago, (all of these posts seem to somehow make their way down memory lane) my mother's family left the Old Country for a small town in Wisconsin. Hortonville, to be exact. Some of them still live there. My Papa Melvin (mother's father) shot deer every season and made his own venison sausage. Now, as every good Raised-On-Disney child does, I refused to eat venison in its original state, but DAMN, I looooved that venison sausage. And it didn't even LOOK like deer, so it was very easy to take the plunge into DeNile.

Every year, the big sausages would arrive in a box packed along with homemade mincemeat, and a dessert that I always thought was named for my mother's family, Kringle. (Near as I can tell, it comes from Racine, WI and is a German thing, but not specifically my family's.) The only times I have eaten venison since those days, is when John The Hunter has shot it.

When Karl and I were first dating, we were dancing to Sam Cooke one morning (in Karl's kitchen) when the phone rang: It was John calling, wanting to know if he could drop off some venison to Karl at work. Karl asked me if I wanted fresh venison, which I didn't even know was an option... Hells, Yeah! A beautiful relationship was born. Later, when I worked at the Hideaway, I hooked John up with Liza and Millicent, who helped enable his bow and arrow habit, since they cooked every day! He supplied the deer meat, and they supplied the love. A match made in heaven. It was such a pleasure to reunite Millicent with John's venison - and a damn shame he couldn't make it to dinner.


Millicent thought it would be fun to smoke fresh bluefish outside, in 25 degree weather. It kind of was, in a perverse way. We picked it off the bone and made a salad with dandy greens, bitter greens, radishes, little potatoes, and a citrus vinaigrette. 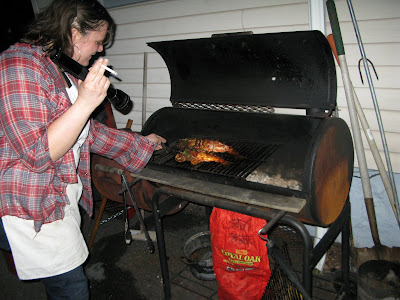 Bluefish fresh from the smoker and pulled into pieces, 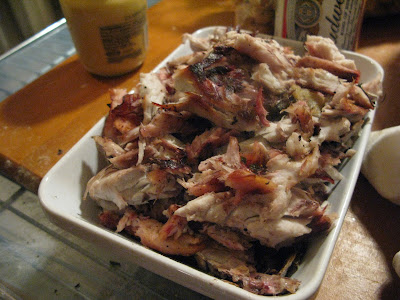 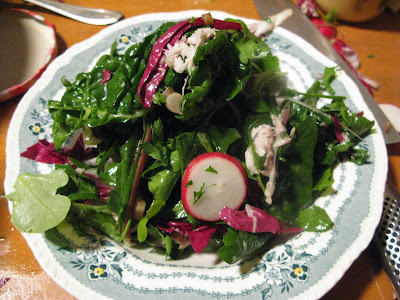 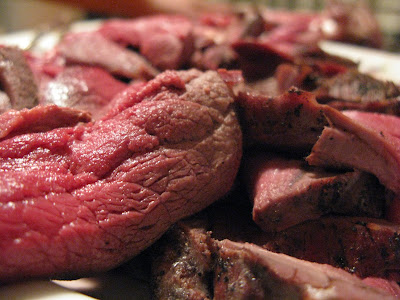 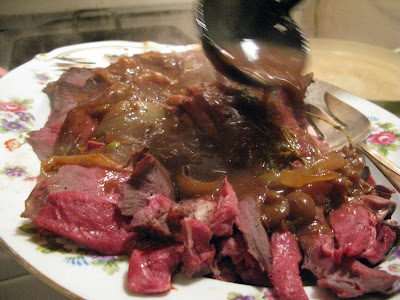 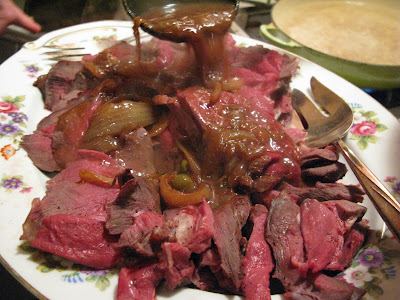 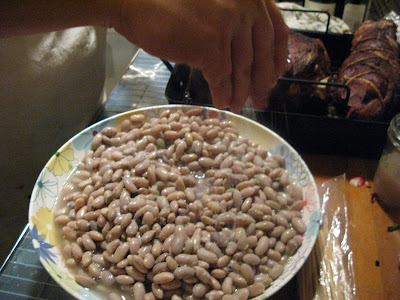 dandy greens and escarole simmering away in the pot with vinegar, stock, garlic & chili flake, 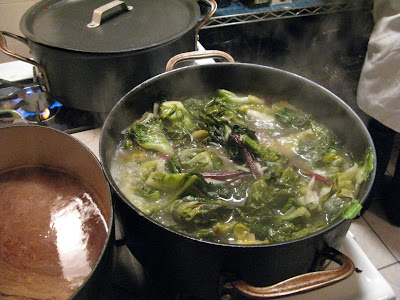 Then there was the ridiculous hit of the month, a cheddar biscuit baked with caramelized apples and pears, and venison sausage.

Like a pineapple upside down cake, but way better. 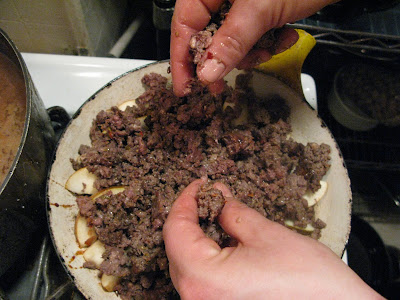 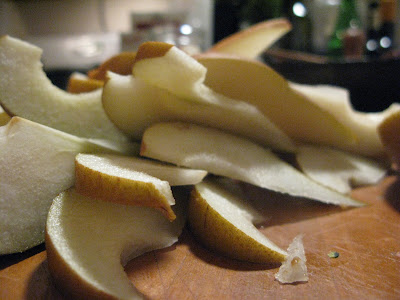 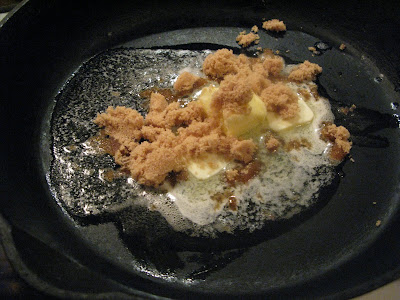 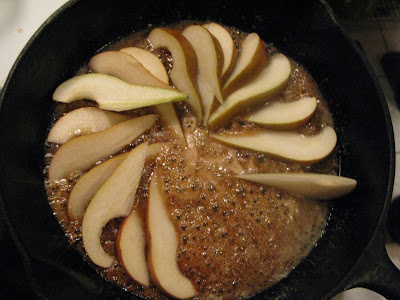 cheddar in that biscuit dough

How can you not love this woman?! 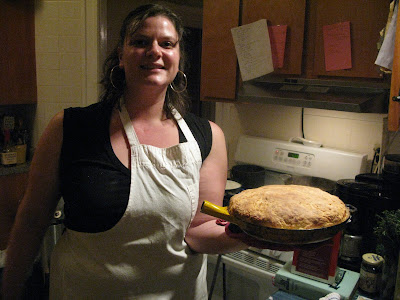 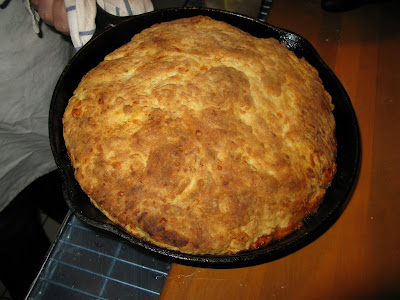 Oh my god, that fucking biscuit!!! 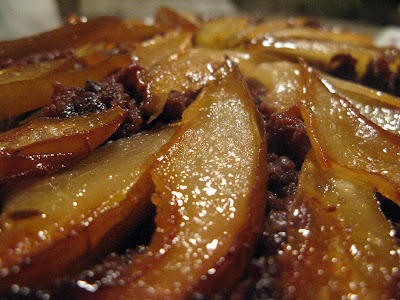 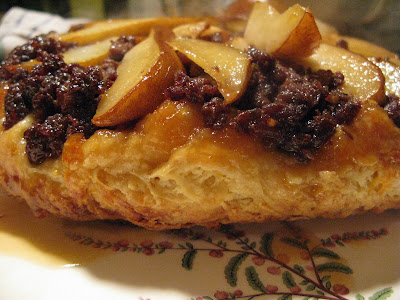 She was interested in Floating Islands, (basically egg whites whipped into a frenzy and poached, served in a sort of creme anglaise soup situation) 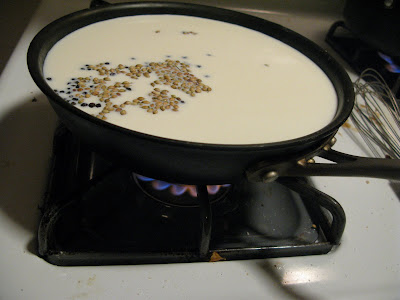 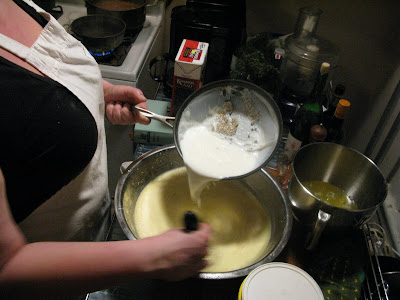 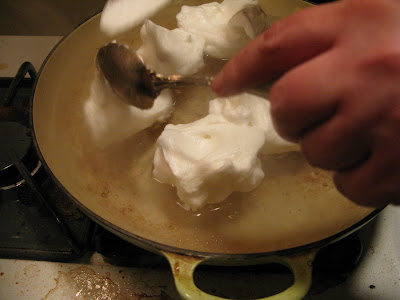 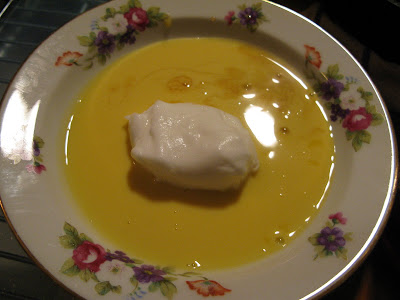 Floating Islands look right at home in plates from the Aunt Phoebe Collection, don't they?

Then, there was the setup, 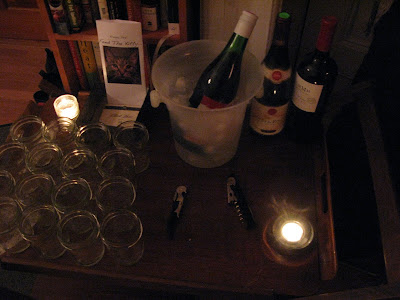 Golden, setting the table to perfection, 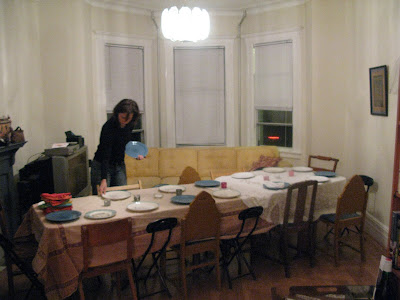 A lovely dinner on a cold night, with my friend Millicent in the kitchen preparing a deer shot by John the Hunter. I'd say that is about as respectful as you can be to the animal. 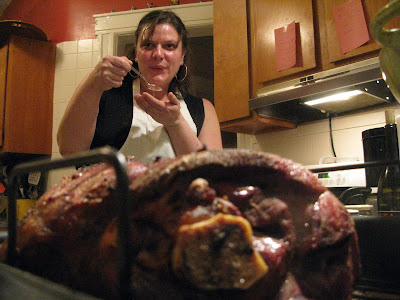 Posted by Tamara Reynolds at 10:51 PM

I know virtually nothing about cooking but loved every single word and picture of this! Cause, DAMN! :-D