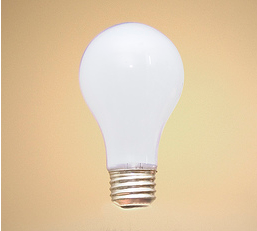 As is often the case, it started with One Small Idea.

Well, this particular idea was large, in my mind: SUNSHINE, or specifically, the lack thereof, in February.
I grew up in Phoenix, AZ. For those of you who haven't visited, it is a city of sprawl, strip malls, good Mexican food, pretty mountains, an insane sheriff (who deserves to be stripped of his title and prosecuted for numerous abuses of the law on both local and federal levels) and... 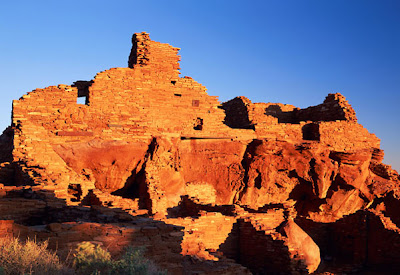 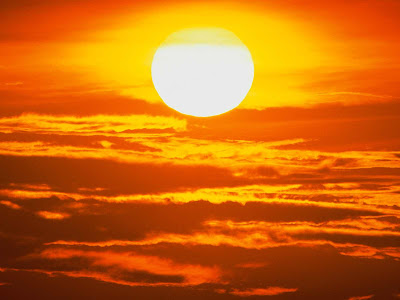 Lots and lots of sunshine. There is so much sunshine that I grew up thinking that my bikini tan lines were some sort of birth defect. I had no idea that the white color of my butt was my "real" skin color until I was in my twenties, married, and had been living in Washington, D.C. for a few years and my perma-tan had begun to fade. Even now, when I return to Phoenix I am amused/appalled at how I went through my entire childhood never using sunscreen. 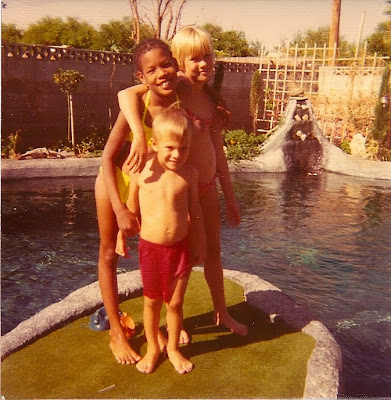 Skin cancer notwithstanding, it's the sunshine that I miss. And every February, I start to Freak Out at the lack of sunshine here in NYC. When I first moved here, I laughed out loud at all of the travel ads for beaches that appear on the subways in January. I thought that vacations like that were reserved for old people, Wall Streeters, and pussies. I have since been shown the error of my ways.

And... what does that have to do with dinner for twenty? Well, my craving of sunshine extends to food, too.

Cold and Hungry Kiddies!!!
Greetings from the depths of January! My friend Victoria (many of you know her as The Crazy Sicilian) is having a little Paella dinner tonight, and it got me thinking about the distinct lack of sunlight and warmth in my life and how desperately unhappy that makes me. Let's just say that I spend a LOT of time these days dreaming about blue green waters of the Caribbean and sand in my swimsuit. And I don't even LIKE sand in my swimsuit!! That made me think further about food that I think of as "sunny" food... Funny enough, my first mental stop was New Orleans, but since the Superbowl is right around the corner from this dinner, I suspect many of you will be feasting on Gumbo, Jambalaya, and Po Boys during the nail-biter of a game on Sunday, so I ruled NOLA out. Soon, but not this time.
Then I moved on to Portugal and Spain and think I found things that would make you slather and foam at the mouth the way I did. (ok, foaming at the mouth is a bit strong, but you get the picture). Food that is rooted in warmth and certainly in season now, but not "winter" heavy.
Menu is below:

Sweet Maine Shrimp on the Griddle (IN SEASON RIGHT NOW!!)
Potato Croquettes with Saffron Aioli
Turnips Braised in Malaga Wine
Mussels Valencia
Sardines Escabeche with Sweet Red Onion
Fennel Salad with Preserved Lemon
White Beans with Spinach
Pork and Clams with Crusty Bread
Some little orange flower water cake or fried Pate a Choux dessert-y thing
And one last thing. Do you have a favorite family recipe that you would like to see me cook for SND in the near future? I am looking for a little home cooking inspiration... preferably a "special" dish (or entire meal) that has been in your family for a long time (generations?) Something that someone brought with them from the country they emigrated from? Something that only Granny or Grandpa still knows how to really make? Feel free to put me in touch with older relatives... I welcome the conversation. If you don't have exact measurements, that is fine. I am good at figuring it out. I would really like to find some special dishes that are meaningful to you to work into the repertoire here, if you are game to provide them.

Spain feels sunny to me. Portugal too. Pretty convenient that the majority of the food is easily obtained and made in the dead of winter, bypassing any seasonal issues.
We were going to start with those little, shell-on Sweet Maine Shrimp, but I missed the season by two days. DAMN. Instead we had these beautiful little rock shrimp that I flash sauteed in garlic, olive oil, and white wine, and finished with lemon and aleppo pepper. There are no pics of this; they were so good they disappeared in mere minutes. 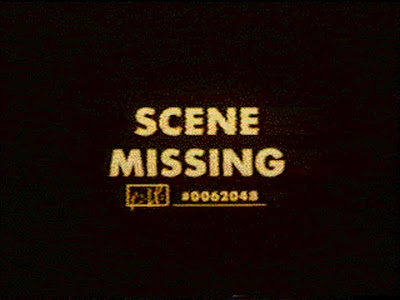 Potato Croquettes with Saffron Aioli were a severe pain in the ass to make, I won't lie. But of course, like any high-maintenance girlfriend, they were ultimately DELICIOUS. Cooking down potatoes, mixing them with herbs, garlic and scallions, then rolling them into little balls, dipping those in flour, then egg, then bread crumbs mixed with panko, and THEN deep frying... well, how do YOU think they turned out? 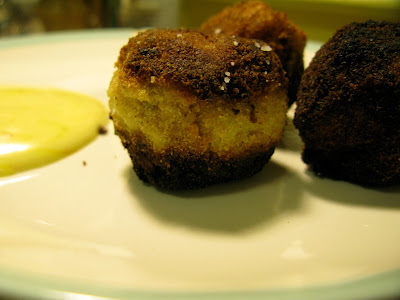 Naturally, I ran out of time/energy to make a real aioli, so instead I made a lazy woman's version:

Stir it all up and taste for balance. Pretty damn good, and the presence of sour cream is especially great with the hot, fried potato magic.

Turnips in Malaga were the big surprise of the evening. They turned out so sweet-- (turnips, apples, raisins, nutmeg and cinnamon, cooked low and slow in a mixture of sweet moscato wine and port) they could have easily been served for dessert. 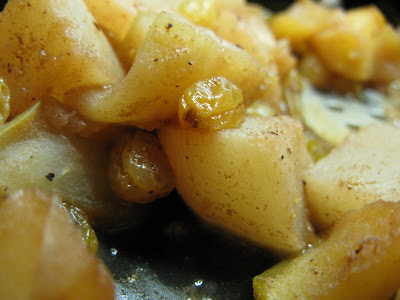 As I was cooking, I started to worry that the flavor profile of many of these dishes was the same, and that dinner would end up being a big smoked paprika, lemon and garlic fest. But thanks to those turnips, and the subtle bit of saffron in the Mussels Valencia, the combination of flavors wound up being deeper and much more sophisticated, and not at all one-note, as I had feared. 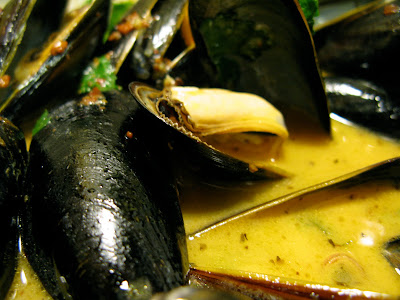 White Beans with Spinach was so simple to make but the flavors were pretty bold-- perhaps the garlic? 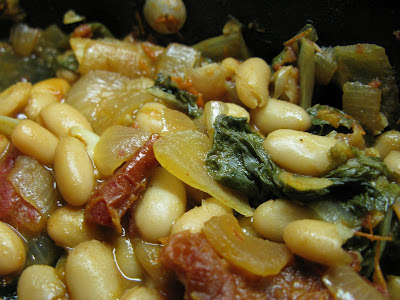 I sauteed that garlic with onion, threw in some dried sweet peppers from Victor the Sicilian's garden that I had stashed in the freezer, dusted that lightly with cumin, sweet paprika and aleppo pepper, then dumped in some canned cannellini beans and just wilted the spinach through, then removed from the heat. This dish is a keeper, because it is just as delicious hours later, at room temp. Room temp dishes are KEY, people!

And then there were the Sardines. Escabeche.

When I used to think of sardines, it was always of my father opening a can and consuming them on top of saltine crackers with little fanfare. Now, I think of sardines wrapped in grape leaves and grilled over an open flame... We enjoyed them that way a few years ago in Lesvos, when Peter and his family graciously invited us to join their annual summer vacation. Trust me, I will NEVER eat sardines that good again.

But if you can't run off to Greece, making escabeche is a pretty good second choice. You get the sardines from your fish guy, (cleaned, with or without heads) rinse with fresh water and pat them dry, dredge them in flour, then FRY in olive oil. Remove the sardines and add lots of chopped onions, carrots, celery, shallots and herbs to the oiled pan, and sautée your little heart out. Finish with lemon and sherry vinegar, which doesn't make the dish as bitey as you'd think, because of the intense sugar from the vegetables, but is necessary to "preserve" the sardines.

You pour that vinegar/oil/vegetable mess over the fish, and let it sit for hours, or days. Voila! We were still eating them three days later, and they rocked.

The reason there were enough of them to eat, three days later, is that when I went to take out the recycling and to get a breath of fresh air, I remembered that I had left the pan with twenty five servings of Escabeche to cool on the balcony, and now dinner was over, and they hadn't been served.

Perhaps I need to go back to making a list of dishes and posting it over the stove where it can be seen, instead of letting it rattle around in my addled, cluttered mind and hoping for the best?

Fortunately, there was a fennel salad with citrus and onion. 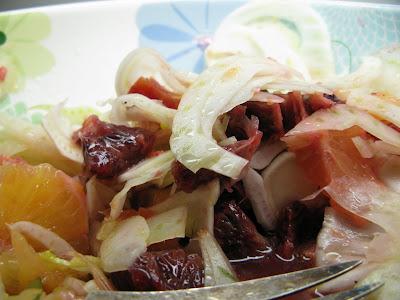 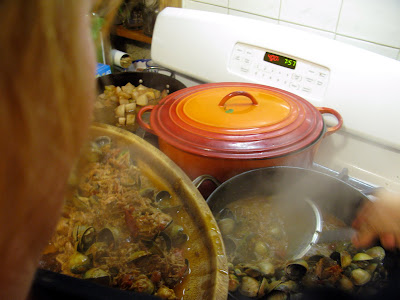 The Pork with Clams dish was so rich, it was crazy. I slow-braised the pork shoulder (rubbed down with salt, pepper, cumin, oregano, and thyme) then braised it in white wine, onions, garlic, poblano peppers, and some bittersweet smoked paprika until the pork was completely falling apart. At the very last minute I added about five pounds of cockles (baby clams), and another splash of white wine. 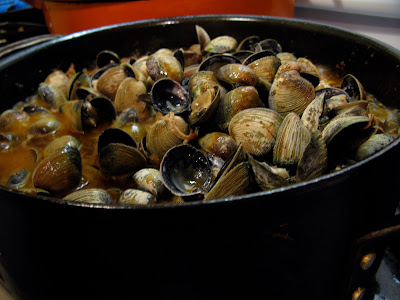 The brine of the clams cutting through the fatty richness of the pork, combined with the smokiness of the long-braised cumin and paprika turned out SO Delicious. Best part? Maybe fifteen minutes of active cooking. Well, yes, four hours of braising, but who cares? You can leave the house during that part, since the pork's is in the oven on 300 degrees. I served it with hunks of warm, crusty bread and there was hardly any left. People scarfed it up. 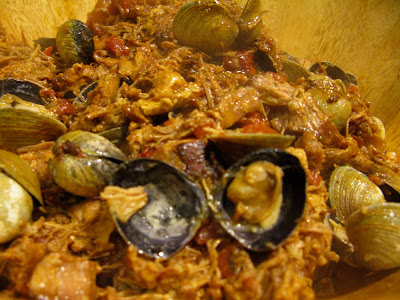 Finally, there was Olive Oil Cake, courtesy of Olives and Oranges, by Sara Jenkins and Mindy Fox. I know I have repeatedly extolled the many, many virtues of this book before, but in case you missed it, it is FUCKING GREAT and you should BUY IT. NOW. 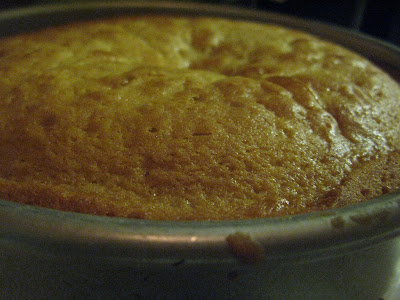 The olive oil cake recipe is just one of the reasons to grab this book. I made mine with meyer lemon juice and zest, then topped it with barely whipped cream scented with orange flower water, dark rum, and blood orange juice. 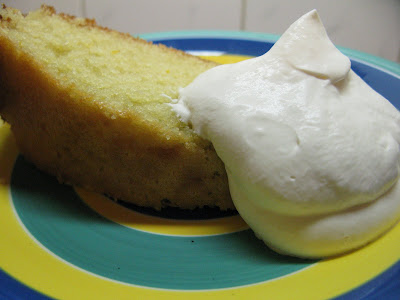 Do you need a minute alone now? I thought you might. Not too sweet, a perfect dessert, really.

Certainly the right way to end a night with a lot of rich food from sunny Spain and Sardines Escabeche on the balcony. 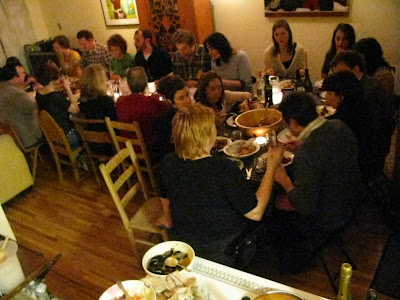 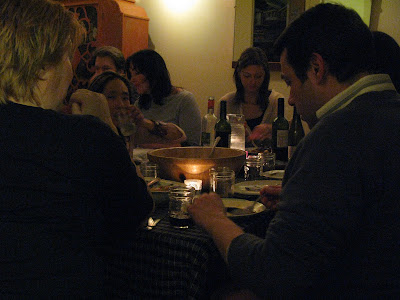 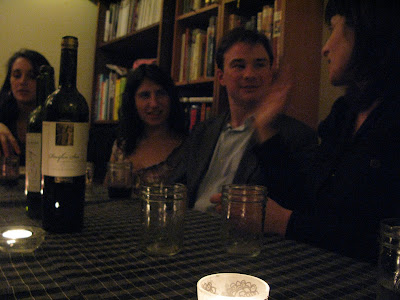